MarcoPicci was born on the 14/08/1974 in Carbonia, Sardinia; and nurtured the passion for drawing and art from a young age. In 1992 during a seven month visit in Pesaro (IT), Marco began his first personal studies as a self-taught artist, in drawing and anatomy, using pencil, pastel, charcoal and Indian ink, developing knowledge and experience to be able to take on a realistic and hyper realistic style of painting, with a strong technical component based precisely on drawing.

Since 1995 he began to concentrate on water colours, a technique which is infrequently used in strong realist themes due to its difficulty and the impossibility of making even the smallest corrections but which exalts precision in an extraordinary manner, as it does with light effects and the search for colour, brightness and transparency. Later, Marco concentrated on portraits and personal themes with photorealistic inspiration, accasionally touching on themes with a strong social impact.

From 2001 Marco started taking part in competitions and exhibitions, both national and international,
in 2003 he won 1st prize in the „Mario Dibi“ competition for water colours,
in 2006 he was among the finalists in the international competition „Premio Arte“ held by the magazine of the same name.

His works have been exhibited in varius displays and galleries along with those of: Aligi Sassu, Pietro Annigoni, Walter Lazzaro, Arman and numerous other artists.

Since 2009 he has lived and worked in Switzerland. Marco has visited the most important international museums on his numerous journeys that take him all over the world, and this experience often is transformed into creative inspiration for many of his works.

Since 2010 he has also integrated acrylic on canvas into the techniques he uses, allowing him to realise much larger paintings in respect to those realised until then, with other techniques on paper, that he had previusly used.
Marco has had the opportunity to work in international fields through numerous exhibitions and competitions, his work is present in various public and private collections.

Awards
ARTE 2006 Award (competition run by the well-Known
magazine of the same name): classified among the first five in the „grafics“ category, he exhibited the water colour „Dopo la Pioggia“ (After The Rain) from 11th to 22th October 2006 at the Palazzo della Permanente in Milan.

He has participated in national and international competitions, and had received various recognition, including:

• collective, 2005 „Water colours- the art to paint with water“, Galleria Immagini Spazio Arte, Cremona, curate Dino Cecconi, with publication in a book curated by Dr. Simone Fappanni and 4 months exposition in the gallery with the work „Microcosmi“; 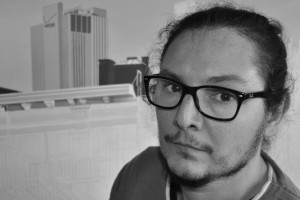